I think it’s almost new year in most parts of the world, so I’m kinda late for this top album sort of thingy.
So even if I’m late, I’m here. We’re here because we’re here, right?
Let’s get straight to our favorite albums of 2015.
2015 was once again so good for music especially for prog, indie music and dream pop.
The biggest news for the prog was, when it got it’s own Official Progressive Albums Chart endorsed by the Official Charts Company.
So for me the most important album of the year was Tame Impala’s Currents. It was like a drug doing weird things to you. You could do anything while listening to this album. It’s so effing addicting.
Easily my favorite album of 2015 without a doubt. And you know, this album is for music listeners of every genre. Lucky are the people who can identify this gemstone among so many famous shinning crap albums.
Well, the other important albums were Beach House’s Depression Cherry, which is the No.1 dream pop album of 2015 and I can say that it will be remembered as a masterpiece in the upcoming years along with none other than Tame Impala’s Currents. I’ll say it again that these both albums should be included in any music listener’s playlist.
So when I think about prog in 2015, the first thing that comes to my mind is Steven Wilson’s Hand Cannot Erase, it was a perfect album but in my mind I think of prog chart too, I also think about the upcoming most anticipated album of 2016 which is Dream Theater’s The Astonishing.
But when I think about best prog album of 2015, then four names comes to my mind and they all equally loved by me.
Well, these albums are Tame Impala’s Currents, Gazpacho’s Molok, Big Big Trains Wassail, and Riverside’s Love, Fear, And The Time Machine.
All four of them were phenomenal prog albums. Last year, Gazpacho’s Demon was one of my favorite albums and this year their album is my favorite too.
Last year my No.1 prog album was Anathema’s Distant Satellites and this year, Tame Impala’s Currents so which sort of reminded me of Distant Satellites too. Did I forget to tell you all that how good Muse’s Drones was? It was as good as their whole discography.
Anyway, here is the list of all the albums I was listening in 2015 which are from 2015.

Now list of my favorite albums from the genre of dream pop, indie, electronic and avant-garde:

Also I discovered many albums for the first which are not released in 2015, here are few of these:

It gave us a purpose, sometimes
It gave us a reason, and a rhyme
Looking for meaning in song
Such inner searching, so long

Hi, it’s January, 10th and I’m adding 10 more albums to this list, taking this post to the total of 50 albums.

Here’s my pick of best albums from 2013. Yeah I know I’m posting it here late but last year I posted it everywhere and forget to post here. So I guess now is the time to post it here too. These albums belong to genres of Prog, Progressive rock, Progressive metal, Instrumental rock, Hard rock, Art rock, Jazz fusion, Symphonic metal.
This years most anticipated albums are: Yes’s “Heaven & Earth”, Anathema’s “Distant Satellites”, Opeth’s “Pale Communion”. I’m gonna rate them at end of the year.
As for now let’s look at Top Ten Albums of 2013: 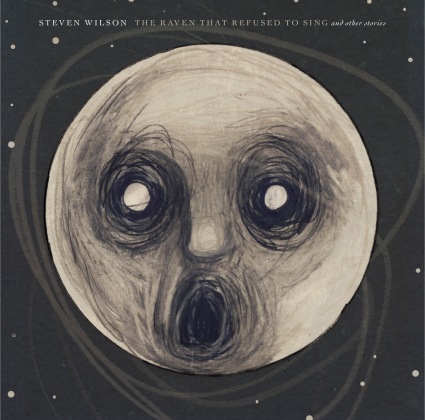